Skip to content
FREJA LOGISTICS SOLUTIONS FOR A WORLD IN MOTION

Transport and logistics company FREJA Transport & Logistics Holding A/S announces a new earnings record in the first half of 2017. However, the record has not come through primary operations but through divestment of a property in Stockholm.

The consignment is on the same level as for the first half of 2016 although fluctuating between countries.

The decline in EBIT is primarily due to challenges in the Swedish subsidiary and a slight decline in both Norway and Denmark, as well as the investment in the construction of pharma-related logistics facilities continues. In Sweden, a major process has begun on the construction of a new management team, which is finally in place by the end of 2017.

During the period, FREJA’s competencies in Pharma and Healthcare have been upgraded, and the activities in China have been expanded with an office with two employees in Guangzhou.

In the second half of 2017 FREJA expects that growth will increase marginally. We expect a turnover for the whole year 2017 to be EUR 350 million and a pre-tax profit in the range of EUR 8.1 – 8.8 million. 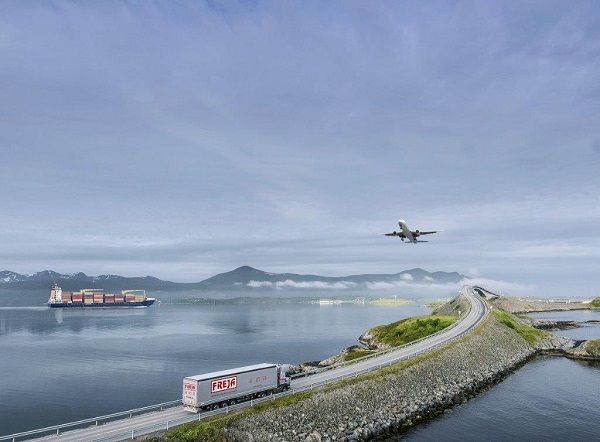 The Danish-owned shipping and logistics company SDK FREJA formalises their new ambitions within the sustainability agenda as they target climate footprint and people in the first collective sustainability report since the merger between SDK and FREJA in 2021.

FREJA has expanded its online services. We are proud to announce that now you can track your shipments by air or sea with higher precision and easy accessibility. Now with extended and […]

LET US HELP YOU TO FIND A SOLUTION THAT MEETS YOUR NEEDS.

Do you need transport for your cargo by road, sea or air, customised solutions for more demanding project forwarding cases or logistics solutions for your business? Do you have questions or comments regarding our services? Are you interested in our company or the opportunities we can offer?